With the emergence of sensors technology and the advances in communication technologies and cloud computing, we are moving towards a new computing paradigm, which will involve trillions of connected devices – IoT, Internet of Things. IoT will transform and it requires rethinking of how we compute today. According to a report by Gartner, IoT will include 26 billion units installed by 2020, and by that time, IoT product and service suppliers will generate incremental revenue exceeding $300 billion, mostly in services. However, it is becoming an increasingly attractive target for cybercriminals. More connected devices mean more attack vectors and more possibilities for hackers to target us.; A number of unethical activities including monitoring live feeds, changing camera settings and authorizing other users to remotely view and control the monitor is leveraged by attackers in these inter-connected IoT devices network .Wearables also can become a source of threat to your privacy, as hackers can use the motion sensors embedded in smartwatches to steal information you’re typing, or they can gather health data from smartwatch apps or health tracker devices you might be using.

Internet security concept will be employed extensively in correlating the relationship between the Internet and IoT technology. Several measures are already being taken to gap holes and prevent security breaches at the device level, and efforts are being led to tackle major disasters before they come to pass.
After the course, participants will have a good understanding of the different types of security attacks taking place in a connected IoT environment. Exposure of different security attacks occurring in different IoT applications and its mitigation solutions will be covered in depth.

Participants are recommended to have basic understanding of networking and programming background.

• Understand the concepts of Internet security, its vulnerabilities, relationship between the Internet with the inter-connected sensors aka IoT and the security loss impact on business & government organizations.

• Explore various case study and its solutions based on different security attacks in accordance to the various components, architecture of IoT and security protocols.

• Analyze and explore the security and privacy challenges in IoT. 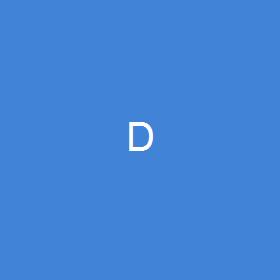 He is well known for her highly charged, energetic and power-packed training sessions. Selvakumar also holds many other portfolios in addition to be an affluent trainer. He has authored and co-authored more than 140 articles in journals, conference proceedings and book reviews. He has graduated 9 PhDs. He has successfully completed many research grants and industrial projects. He has given several keynote speeches as well as dozens of invited lectures and workshops at conferences, international universities and for industry. He also lectures in various Computer Science and IT courses which includes development of new courseware in tandem with current technology trend. He also codes in Android, Java, .net, C, PHP and Python in relation to the R&D work that he carried out. Read More