This course is for Azure Administrators. Azure Administrators manage the cloud services that span storage, networking, and compute cloud capabilities, with a deep understanding of each service across the full IT lifecycle. They take end-user requests for new cloud applications and make recommendations on services to use for optimal performance and scale, as well as provision, size, monitor and adjust as appropriate. This role requires communicating and coordinating with vendors. Azure Administrators use the Azure Portal and as they become more proficient, they use PowerShell and the Command Line Interface.

• Understanding of resilience and disaster recovery, including backup and restore operations.

In this module, you’ll learn about to tooling Azure Administrator uses to manage their infrastructure. This includes the Azure Portal, Cloud Shell, Azure PowerShell, CLI, Resource Manager, and Resource Manager Templates. The demonstrations in this module will ensure you are successful in the course labs.

In this module, you’ll learn about Azure virtual machines including planning, creating, availability and extensions.

In this module, you’ll learn about monitoring your Azure infrastructure including Azure Monitor, alerting, log analytics, and Network Watcher.

In this module, you’ll learn about data replication strategies, backing up files and folders, and virtual machine backups.

In this module, you’ll learn how to secure identities including Multi-Factor Authentication, Azure AD Identity Protection, and Self-Service Password Reset.

In this module, you’ll learn about managing your subscriptions and accounts including role-based access control, users and groups, and Azure policy.

To support the recently released Microsoft Azure role-based certiﬁcation and training courses, LODS has launched a dedicated series of IT Pro Challenges to support Azure Administrators who manage cloud services that span storage, security, networking, and compute cloud capabilities. Each challenge within the Microsoft Azure Administrator is short in duration, scenario based, hands-on activity that includes a means of assessment. 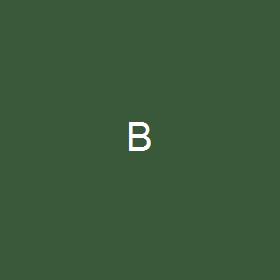 Balasubramaniam@Balan is a certified Trainer with specialization in the field of Information Systems, Network Security and a Master's Holder in Business Administration. Being exposed to information systems and network operations-based environment, he has garnered interest in that respective field. Ever since then he has continuously updated himself with various kind of knowledge either from the area of training or having managed medium range project locally or abroad. One of the mainstream projects that was partially outsourced, in the area of complete network infrastructure implementation, configuration was handled and completed in due time which also contributed to his additional knowledge on different area of skills which could have not been obtained via certification He has served corporate giants such as LYODD Register, Kuala Lumpur City Center Berhad (KLCCB), Putrajaya Holdings (PJH), University Technology PETRONAS (UTP), Maxis Communication Berhad, Asia Pacific Broadcasting Union (ABU), United Nations Development Programme (UNDP), USAG & Kuala Lumpur Heart Care (KLHC). He is currently associated with I Tech Train & Xtenza Solutions Pvt Ltd (USA) as a Project Consultant. He has been a project manager and technical trainer since year 2007 and has educated many corporate professionals from various industries ever since then. Balan has wide knowledge and experience in Microsoft, Linux, Cisco, Security, Network Security Auditing, Datacentre Management, Design & Build and Project Management, including preparation of Project planning manual and procedures according to international standards. Apart from this he also conducts part time lectures in both public and private universities on IT related and Management subjects. Balan's extensive tutelage experiences, range from training corporate executives for Microsoft Certification, Cisco, IPv6, Networking, Information Systems Security, Network Auditing and project deployment for large MNCs. Read More

You will be able to find the details in relation to the quotation requested inside your email’s inbox after filled in your contact number.
Please provide your contact number so that we can contact you should the need arise.
Book Private Class
Course:
AZ-103T00: Microsoft Azure Administrator
Duration:
5 Days
Name:
Company Name:
Email:
Phone No:
Preferred Training Date:
Preferred Location:
Number of Pax:
Remark:
You have successfully submitted your private class request form.
We will contact you for further confirmation.