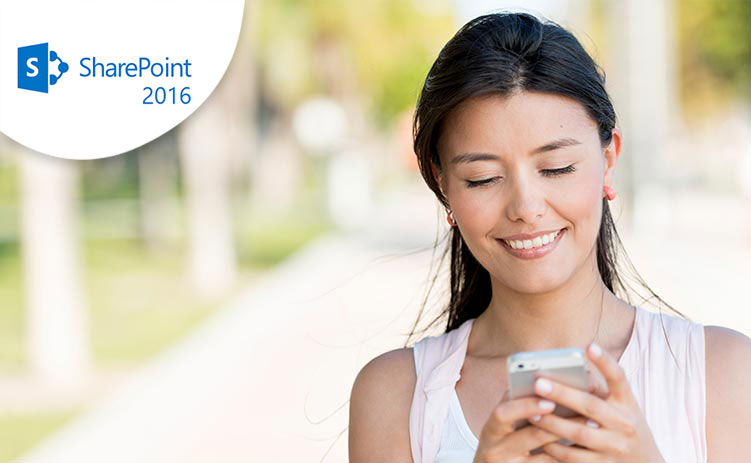 This module explains how to become familiar with SharePoint 2016. SharePoint 2016 is a collaboration tool at its heart. Its primary goal is to make it easy for users to find and share information, and there are many features built into SharePoint to facilitate this. SharePoint's library system feature can provide a superior alternative to the traditional file server. SharePoint lists can be an easy-to-design and easy-to-use alternative to sharing spreadsheet files or more formal database tables. Both lists and libraries can be customized and extended to provide enhanced appearances and functionality, such as calendars and discussion boards, to name a couple. All of this collaboration can be done through a browser interface and in some cases through integration with Microsoft Office applications.

This module explains how to work with SharePoint list basics. Lists are a fundamental building block in SharePoint that provide a way for users to store and view data. SharePoint comes "out of the box" with many predefined list templates that are easy to use. Lists can be further customized by adding columns to store just about any type of information. Additionally, list columns can be validated as well as linked between other lists. Lists are a very flexible and powerful tool in SharePoint.

SharePoint Libraries share the same characteristics as SharePoint lists such as columns, views, and validation to name a few. What distinguishes SharePoint libraries is that each item in a library has a underlying document. So in addition to the data stored in library columns, the document stores its own data based on the type of document. Because of the extra data that can be stored in columns that can be used to filter and search by and features such as versioning, libraries are considered a great replacement for the more traditional file server system. Libraries are, like lists, a fundamental building block in a SharePoint site.

All SharePoint content is accessed through a site. A SharePoint site is the container for lists and libraries and provides a starting point for basic administration. The content, lists, libraries, and basic look and feel of a site is initially determined by the Site Template used to create the site.

SharePoint offers a couple of ways to add content to the pages in a site. The latest technique and the one implemented by the Team Site template is through wiki style pages. Another method that has been part of SharePoint since the beginning is the use of Web Parts and Web Part pages. Both techniques are similar in the output that can be created, and both Web Part pages and wiki pages share the ability to add Web Parts to them. Web Part pages still have one advantage in that you can connect Web Parts so information can pass between them; that option is not available on a wiki page.

SharePoint Forms library is a special library designed to store Microsoft InfoPath form documents. Microsoft InfoPath comes with a designer tool for graphically creating forms with a wide assortment of fields and controls. The InfoPath Designer can then be used to publish the forms you design to SharePoint rendering them as Web page templates for Forms libraries.

One method of customizing SharePoint, in a way that can be reused throughout the site or site collection or even the whole farm, is to create Site Columns and Content Types. Site columns are the simplest element; they are essentially the same as list and library columns except that you create them at the site level and then they can be used throughout that site and any child site. Content Types are a combination of Site Columns as well as additional settings and information such as document templates and workflows. Content Types, once created, can then be linked to lists and libraries.

Permissions on a SharePoint site are assigned when a site is created. The default is that permissions assigned to the root of a site collection are inherited by child sites. At any time, permissions inheritance can be turned off at a site, list, library, or even at the item level in a list or library. The permissions themselves can be assigned to either SharePoint groups, individual users or groups created outside of SharePoint such as Windows groups.

SharePoint offers users a place for social collaboration in the form of personal sites. The experience and functionality is very similar to popular social media sites such as Facebook and LinkedIn. The main difference being that it is controlled by the SharePoint Farm and exposure is typically limited to internal networks.

You will be able to find the details in relation to the quotation requested inside your email’s inbox after filled in your contact number.
Please provide your contact number so that we can contact you should the need arise.
Book Private Class
Course:
55199: SharePoint 2016 End User Training
Duration:
3 Days
Name:
Company Name:
Email:
Phone No:
Preferred Training Date:
Preferred Location:
Number of Pax:
Remark:
You have successfully submitted your private class request form.
We will contact you for further confirmation.